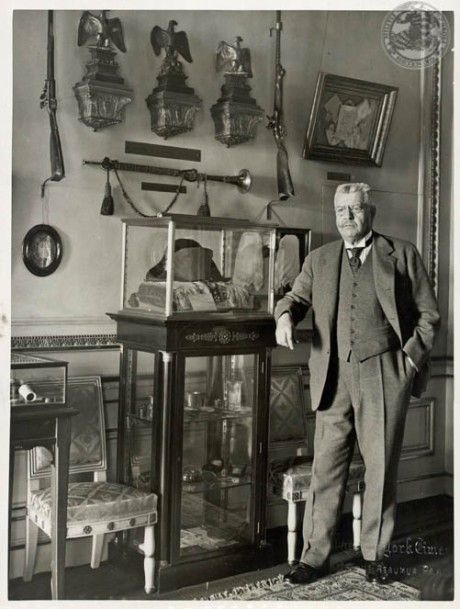 Is there any other man in the world, throughout history, who causes such heated feelings as Napoleon? Hated or adored, the short man with the legendary life-story leaves no one apathetic. Even his critics are fascinated by the story of this Corsican general who became First Consul aged 30 and Emperor 5 years later at Notre-Dame de Paris. He put paid to the revolution, conquered half of Europe, reformed France and turned Rome, Hamburg, Barcelona and Amsterdam into capitals of French departments. "The Corsican attracts rich and poor, great collectors and modest enthusiasts, both from France and from abroad," notes specialist Jean-Claude Dey. "Some prize the military souvenirs, others the sword, while others are moved simply by the man himself. Each to his own!"
Read the article

With your consent, we would like to use cookies placed by us on this site. Some of these cookies are strictly necessary for the smooth running of the site. Others are used to:

Your consent to the installation of non-strictly necessary cookies is free and can be withdrawn or given at any time.

By allowing these cookies, you agree to the deposit, reading and use of tracking technologies necessary for their proper functioning.
Read more about our privacy policy.